How to make a good live video stream on Facebook

Recenlty the most fashionable topic is Facebook LIVE. More and more entrepreneurs, agencies and large organizations see the potential for both sales and image building for their product or company as a whole. Yes it’s true! Below I have described twelve elements that will help you to harness the full arsenal of opportunities to reach your message as widely as possible.

Attending an audience that will be responsive to published content is extremely important. Recall how it was when you threw your first post on the fanpage. The first post in the history of this fanpage. Zero fans, zero range … start of the road. You have to go through the same path with your audience and you need to connect with them to push the “Notify live broadcast” button (the equivalent of “Like It” on fanpage) and join your audience.
The first step is to schedule the transmission. The easiest way is to go to the fanpage, then click in the top bar “Publish Tools”, then to the left of the “Movie Collection” and the last step is to click the button at the top of the “+ Live” (photo. 1).

The second step is to dedicate the content that appears over the broadcast (“What you hear”), title, and tags. WARNING! Tags are very important for two reasons. First, I noticed that they suggested to Facebook what the material and organic distribution was for the people who were interested in the topic tags. Secondly, it allows the searcher to search for a particular topic by searching for it through the Facebook search engine so that when he applies the trending tag, you have the chance to significantly increase the reach and volume of your content even after the live broadcast. (photo. 2).

The last step left us. Schedule live broadcast time. When planning your broadcast you must remember about:

Since we already have a post with live broadcast, it would be worthwhile to get this information as widely as possible. Currently Facebook directly from the Ads Manager and Power Editor (FB Campaign Builder) does not natively support this feature. However, we are not condemned to passively await the audience. Promote a post in which you will be able to broadcast LIVE by:

3. Choose the form of Facebook LIVE – be on time, set trends

Excellently! You have shared your LIVE in many places. Good job! Now you have to take the technical aspects of broadcasting. It is obvious that you need a good internet connection for this. Stable LTE “gives you the advice” but sometimes the picture quality is worse, so plan to broadcast from where you have access to a fixed and fast connection. Another important element in transmission planning is the choice of software that can be used. Below I will list the three most popular solutions in Poland and discuss their advantages and disadvantages.

Transmission directly through the fanpage.

The solution offered by Facebook both by mobile phones and through a browser.

In this case, some of the tools are also based on OBS, but PRO versions offer full browser support.

In addition, there are solutions that support the creation or transmission of many different platforms, such as YouTube, Twitch, Mixer, etc. Interested people would recommend visiting sites such as Xsplit and Wirecast, however, they must count on the cost of $ 199 to $ 995!

The transmission itself is not enough today to impress the recipient and get him to interact. Fortunately, Facebook does not stand in place, and companies that develop their own solutions based on its platform. Below are some examples of such implementation:

An example of such a transmission:

Photo. 4. On the photo Monika Czaplicka (Wobuzz), Piotr Kosek (Astrophase), Daniel Kędzierski (FastTony.es) during LIVE with dynamically inserted comments from the posts on the broadcast.

If you are planning your broadcast, you should also ensure that it is displayed properly on both your desktop computer and your mobile phone. Pay attention to how well Gary Vaynerchuk made work on that, not only to create the material so that it is tailored to many media, it also added above and below the elements that provide information on the context of the whole speech. Users join in the course of the transmission, they join at different times, but thanks to this graphic treatment they immediately understand what the material is. This also allows you to attract new viewers, because they see on their boards a silenced picture but they can read about what the discussion is.

Of course this is not all. Facebook itself very well understands that video content to be well-consumed should be translated into the languages ​​of the entire community that uses the Facebook ecosystem. That is why in June of this year, API provided the ability to dynamically add captions during transmission. This is a great solution for companies that want to show their product globally, such as the launch of a new phone, a car, etc. The diagram below shows a simplified model for automatic captioning.

The good news for businesses and agencies is that Facebook is slowly turning on the possibility of promoting a broadcast during its duration. For now, this feature is reserved for verified fanpage only. How to do it? It is simple We plan to broadcast, prepare a campaign using this scheduled transmission, select the optimization method (Facebook recommends: Video Views, Brand Awareness and Post Engagement), the target audience and mark “accelerated ad display.” Facebook suggests that the campaign quickly reach its reach by using a large target audience and set a high per-action rate. I’ve tested this solution on FastTony.es and noticed:

2. With a large target group (350,000 people) But for the less interested audience, the cost of displaying the video was twice as high as the 35,000 group, but highly profiled (target group members, available at FastTony.es)

8. Allow viewers to broadcast during the broadcast

Your LIVE should delight and entice your users. Encourage comments and sharing of your content with others. How to achieve this? It is very easy. Give your viewers the ability to post comments directly on the broadcast. Each comment is an additional free range, use it! Usage examples:

One of the most important challenges facing the creators of the recipient is keeping the attention. Users are accustomed to fast consumption of content, very quickly discouraged, or pursue something else in search of new stimuli. One of the best solutions that keep your attention is voting or surveys. Thanks to them, we can not only engage the users and encourage them to interact more deeply, not just passively watching. In addition, some users will want to go to the end to see the result. In my experience, such a treatment can extend LIVE’s live viewing time by up to 300%
Examples:

Fundraising through micro donations is a fairly common business model for both YouTubers and other creators. Facebook has developed this market piece. It now allows NGOs (public benefit) organizations to organize collections using their social platform. The example below is probably one of the first such rebounds. Bil Gates led himself to Roger Federer Charitable Fund Inc.

For fanpage and personal accounts, FastTony.es has developed its own solution with the following features:

Photo. 12. Donation for fanpage, profiles, gamers and other video creators

11. Build your email marketing database with the help of Facebook LIVE

Your broadcasts will help you expand your e-mail or contact database. How? Two mechanisms can be used for this:

Every live programmer feels stage fright. Some larger smaller ones. It depends on how stressful you are. To master this I recommend repeatedly repeating everything aloud. I will use my example. When in 2015 I was appointed a person to go on stage for 300 people and present there for the first time our system was scared. To master this, I spat out my speech over 100 times. I knew them by heart and could quote from the head on the tracks. It allowed me to be free (ha! Now it looks so easy – because well enough to be free) to tell about this solution. Below are some tips that may be of interest to both beginner and experienced creator.

Don’t wait! Rób LIVE! I would love to see you and write a comment underneath it to make the reaches grow. 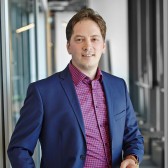 Daniel Kędzierski, CEO of FastTony.es - tools that help building effective Facebook campaigns, optimize work time, automate processes through author solutions, with many integratations with external systems. Responsible for product vision, reaching new markets and distribution. Entrepreneur with fourteen years of experience. Has developed sales and marketing strategies and following companies benefited from his technological advances: T-Mobile, DDB Tribal, McDonalds, Starcom. Speaker of major country and international conferences. Creates a permanent advertising technology column in the Facebook ecosystem in the Online Marketing Magazine. His articles are published in many industry magazines such as Marketer +, Mensis and others. Trainer, lecturer. Apart from work, he is also active at the Gdynia Maritime Academy, Cracow University of Technology and Nicolaus Copernicus University in Toruń where he share his knowledge with future entrepreneursand managers.